How To Save Money on Herpes Drugs: A Guide

Home » Blog » How To Save Money on Herpes Drugs: A Guide 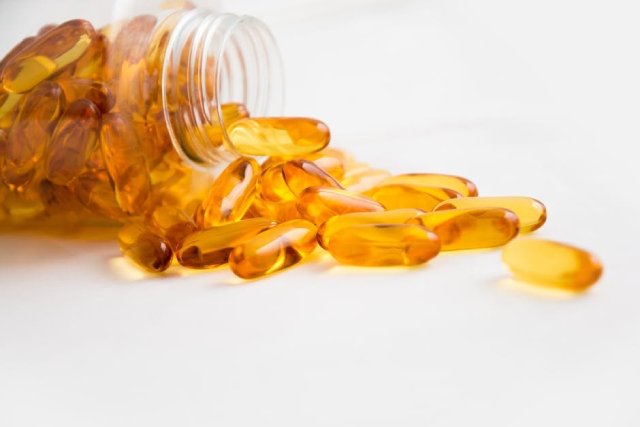 How To Save Money on Herpes Drugs: A Guide

Genital herpes is one of the most prevalent STDs in the United States. The Centers for Disease Control and Prevention (CDC), about one in six people between 14 and 49 have genital herpes.

So, it might seem like plenty of herpes drugs are on the market, considering its prevalence. This is particularly true since pharmaceutical companies started developing these medications decades ago.

Despite this, there are not a lot of options for herpes drugs on the market. Also, the ones available are often too high.

However, what can you do if you cannot afford prescription drugs vital to your health? You can find out why these drugs are so expensive below and what you may have as an alternative.

Viral infection Herpes transmits from bodily fluids, including saliva and secretions from the genital area. There are medicines available over-the-counter to treat herpes, but the virus stays dormant. Some prescription drugs cannot stop the flare-ups that happen from time to time genital herpes.

Many factors can cause herpes flare-ups, including stress, fatigue, or illness. Unfortunately, as of now, there is no known cure for herpes.

More than one strain of the herpes simplex virus (HSV) exists. The first is HSV1, or oral herpes, which can lead to cold sores and fever blisters. There is also HSV2 strain, which causes genital herpes.

How Much Does Herpes Medication Cost?

The topical antiviral Denavir treats HSV1 symptoms. For example, using this cream, a person can treat a cold sore on their face.

There are two types of topical herpes medications: creams and ointments. Once an outbreak has begun, you can use the Denavir cream to help treat it.

Taking the medication as soon as you notice a cold sore forming will reduce the outbreak period. At the same time, it is hard to buy Denavir cream when a tube of less than an ounce costs between $20 and $25.

The outbreak of oral herpes is more difficult to hide than genital herpes. People often feel embarrassed when they have oral herpes, so they are willing to spend whatever they need to get rid of it.

Acyclovir cream is one of the cheap drugs for herpes. This topical antiviral medication treats Cold Sores and Herpes Simplex. The cost of acyclovir topical cream 5% is around $49. Of course, this depends upon which pharmacy you visit.

The cream prevents the virus from growing but does not cure or prevent future outbreaks. Also, a person may experience side effects such as cracked lips, burning, or flaky skin. You should inform your physician or pharmacist if any of these effects persist or worsen.

The medication Valtrex is among the most frequent prescription drugs to treat flare-ups of herpes. The drug is taken orally once a day to act as an antiviral.

The goal of the drug is to halt the progression of the herpes simplex virus by impairing the activity of an enzyme called deoxyribonucleic acid polymerase. The enzyme is necessary for HSV replication. In this way, the body will have fewer flare-ups when suppressing this enzyme.

What Causes Herpes Drugs to Be Expensive?

The pharmaceutical industry is at the root of high prescription drug prices. Retail prices are set by them, as well as deals with pharmacies, governments, and hospitals.

Furthermore, and perhaps most importantly, the federal government affects consumers’ prices for prescription drugs such as herpes medications. Pharmaceutical companies have a maximum price they can charge consumers in most countries, but not in the United States.

Healthcare prices are being determined by the laws of economics implicitly by the U.S. government. Even though that decision has some standard, many would argue that it has not improved access to healthcare.

How to Save Money on Herpes Drugs?

The United States tends to charge more for prescription drugs than other developed countries, including Canada. One study found that Canadian drug prices are 46% lower than the United States’ prices for brand-name drugs.

Drug prices are lower in Canada because the country’s government pays for prescription medications. Also, they refuse to pay for drugs whose costs are deemed excessive by a review board. The Canadian drug companies do not have the power to set the price of prescription drugs, unlike the United States.

Another reason Canadians have cheap drugs is that the Patented Medicine Prices Review Board restricts the price of new medications. The average price is based on the cost of the medicines in different countries, such as France. Afterward, manufacturers may lower their prices in Canada to the agreed-upon level or opt out of selling their medications.

Here’s How to Buy Herpes Drugs From Quality Prescription Drugs

Despite the fact that many Canadian drug companies are on the market, you need one to deliver high-quality drugs fast. You can order online and have the herpes drugs delivered to your steps within two weeks.

Dr. Paul Zickler is a graduate of the University of Wester Ontario in 1972. After graduating from the faculty of medicine, Dr. Zickler practiced as an Emergency Physician for 18 years. He has then operated ambulatory medical and travel clinics for 12 years. Dr. Zickler has become an Associate Professor of Emergency Medicine at the University of British Columbia, a Director of Professional Programs for the Justice Institute of British Columbia (paramedic academy), a principal investigator for Phase 2 and 3 studies researching vaccines, and a founding member of the Canadian International Pharmacy Association. Dr. Zickler is passionate about combining western prescription medicine and natural medicines.